Tired of Sentimental Clutter? 10 Ways to Get Rid of It

If you’re a sentimental clutter, then you’ve come to the right place. I have been a sentimental hoarder since…I know myself, to be honest. And if you’re anything like me…then you know it’s definitely not easy!

But it’s also not impossible, so let’s get started. First, you need to look for all the objects to which you have assigned a sentimental value, but don’t need anymore, nor use.

In reality, of all the habits that might cause people to hold on dearly to their clutter, an emotional attachment to all kinds of items like gifts, souvenirs, and even inherited pieces is by far the most difficult to beat.

As difficult as it may be to give up on certain items, you definitely shouldn’t allow them to clutter the entire home and become a stress factor.

So, the time has come to learn how to successfully get rid of sentimental clutter!

Determine what is worth keeping

When you’re evaluating an item, you have to ask yourself: What is it about this particular object that makes me so sentimental? Because chances are it’s not actually the object itself, but more its association with a certain person, place, or even time.

You can easily retain the memory without actually having a physical object to remind you. However, if you really love the object so much, then you shouldn’t see it as clutter!

Don’t let those gifts become more of a burden

Lots of people hold on to the gifts they have received because they must imagine the giver will expect to see them carefully displayed or used when they come to visit.

But actually, most of the time, that doesn’t even happen. And even if it does, having such expectations isn’t fair at all! A gift is yours and you can do whatever you want with it.

If you want to give it away in order to avoid additional clutter in your own home, then so be it! It’s way more important than what people think. Plus, you shouldn’t live your life the way others expect you to!

Get rid of guilt

I know it sounds a bit harsh…but sometimes people keep certain items not necessarily out of love or nostalgia, but more out of guilt. Guilt itself is entirely unhelpful, especially if you’ve decided to declutter and get yourself more organized.

Don’t indulge yourself to delve into feelings of guilt when you start evaluating all that sentimental clutter. Instead, try to objectively evaluate if something is worth keeping or if it’s time to throw it out.

Why would you need to keep something if it only brings up all sorts of negative emotions? Nobody has enough time for that kind of negativity!

Save a digital memory

When you start sorting through all those documents and photographs, if you’re having a hard time letting go, there’s a great option for you. You can now scan and save all those memories digitally!

This solution would definitely free up a ton of physical storage space. Plus, you can do this with three-dimensional objects, just like with children’s toys.

If you don’t actually need those objects anymore, you could just take photos, rather than storing all those unnecessary objects. What’s even better about saving all the pictures digitally is that you will now have UNLIMITED space for new memories!

Compromise on other types of clutter

If you’re not the one who likes collecting emotional clutter, but you live with someone who likes to do that, then forcing them to get rid of THEIR clutter isn’t exactly the best decision to take.

Instead, you can reach a consensus together. Maybe they can have that one room to fill just the way they like, while common spaces of the home remain untouched by the almighty clutter.

Or perhaps, you would agree to display a couple of items in exchange for them giving away the rest. Even more, as you let go of your own sentimental clutter and try to keep things as neat as possible, you might even inspire other people to do the same.

When it comes to a family heirloom, you shouldn’t feel obliged to keep it if you don’t want it at all. First, think of it like this: your clutter could be a relative’s treasure!

Why get rid of all those unwanted inherited objects, or even stash them in abandoned storage space, when you can easily ask around if someone’s interested in any of them?

Maybe someone in the family wants those things! Also, it all depends on the heirloom, because some of it could turn out to be extremely valuable to a local archive or even to a history museum!

Remake or repurpose an item

Let’s be honest, there probably are a couple of things you really don’t want to give up on, which is totally understandable (again, I know best, trust me).

However, just because you decided to hold on to a connection you have with an object that’s totally unusable, this doesn’t mean you can’t create something FROM it, that will bring you even more sentimental value.

For example, a stone you still collect from a dated ring can be transformed into a band that fits your style. Or, if you happen to have a certain T-shirt you care for but doesn’t fit you anymore, you can turn it into a quilt, alongside other clothes.

Not only you’ll get to do something super creative, but you will also have a unique and special object that does way more than collect dust.

Keep one of a bunch

In case you have a group of keepsake items, like all those childhood stuffed animals, a great alternative would be to save the sentimental attachment and keep only one item from the entire collection.

For instance, if your grandmother gifted you her favorite pieces of fake fruit that you always remember being out at all the family holidays, keep only one that reminds you of all the beautiful memories, but that’s it.

Give it a better home

If you can’t decide between getting rid of a sentimental item and storing it in your home forever and ever, you should know there’s also a third option, and that is to donate it to someone who might need it!

What if you have a friend or a family member who would really like to have such an item? What if they would take good care of it and sometimes you might even get to see it when you come to visit?

I don’t know about you, but in my opinion, I couldn’t win more than that: declutter my home and still be able to see that object I care about so much.

You can easily use a scrapbook where you can consolidate most of your sentimental clutter and keep it right under your nose when you want to revisit some of your memories.

Add as many pictures as you want, letters, and any other personal papers that scream: “great memories!” to that scrapbook. Plus, you can easily make notes in the margins to give further explanations about their significance.

If you enjoyed reading this article, you’d definitely love reading this too: 9 Easy Ideas to Repurpose Old Curtains Around the House 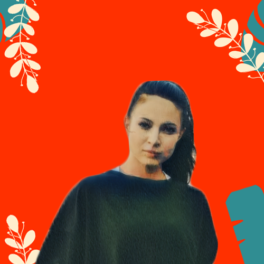