9 Surprising Plants That Could Get You in Trouble

Would you have ever imagined these plants being banned from being grown in the United States?

We all wish to be able to move into our own homes and live happily ever after. This generally comes with a garden and all sorts of plants that you can cultivate there, with no worries about being restricted by a balcony or not having enough space to grow the garden of your dreams.

Sure, a lot of us pick up other hobbies that involve a lot of sewing, gluing, and cutting, all sorts of other activities that can keep us active and fill our free time in a relaxing way. Yet, what could be more fulfilling than growing your own plants and then spending time in the environment you nurtured?

This can all sound great to you, but depending on where you are living, the type of plants you choose for your garden may or may not get you in trouble with the law. After all, some species, despite being beautiful or considered common, are actually invasive, and states have gone to great lengths to ban them so as to not kill any native plants.

It can be quite hard to know what to stay away from, though, and this is why we have gathered the most common and loved species of plants that are banned in some states, so you don’t have to worry too much about it!

Let us know which next flower you want to add to your garden and if you found it on our list!

Let’s be honest, this type of wild sugarcane would look amazing if you were to plant it alongside your fence or if your house has an exit to the lake. It’s a sweet-tasting plant, and it can even grow spontaneously almost anywhere in the country. Yet, this pleasing to the eye plant is actually banned in some states, and it can get you in trouble with the law.

This is because, when compared to its brother, the sugar cane, which is used commercially, this type isn’t actually that useful, and it has been added to the list of noxious weeds.

Because of this, South Carolina, Massachusetts, and Florida have strict regulations when it comes to wild sugarcane. While Oregon and California chose to quarantine the plant in certain areas, Vermont, Minnesota, and Alabama decided to ban the plant so they wouldn’t end up having a problem on their hands.

Despite a lot of people looking at it and saying it’s a tree, the sycamore maple is still a plant that many of us know. It’s been brought over from Central Europe, and it’s one of the easiest to adapt to the local environment. It can establish itself around us easily with its winged seed pods, which can travel a considerable distance in the wind.

A lot of people know these majestic trees both for their various uses in making alcoholic beverages (due to their sweet sap) and instruments, but also because they’re great for firewood! So why is this tree banned in three American states?

Because it is so adaptable, the tree can take over pretty easily, and it can overwhelm the local flora. This is why Portland, Oregon, Massachusetts, and Connecticut banned the cultivation of this tree, so they wouldn’t end up having other problems down the line.

If you live in one of these states, you should look at other types of maple trees.

Devil’s thorn (also known as Emex spinosa) is known to infest all the coastal habitats, where it soon tries to take over the native species. The plant is native to the Mediterranean area, and it is known to steal sunlight and nutrients from indigenous species. Not to mention, if you’re unlucky, you can end up with one of its prickly pods jammed right into your foot.

It may be able to grow in more unwelcoming habitats and doesn’t need a lot of water, but you generally should avoid trying to plant this if you’re in these states: Minnesota, Oregon, Hawaii, Massachusetts, and Florida. Despite it causing a lot of problems in southern California, it has yet to be banned there, probably because it’s hard to get rid of once it’s been planted.

This perennial plant is known for its low growth and fast spreading and is considered a weed in a lot of places in the United States, which consider it a pest, despite it being found in damp areas and ditches. This is because the plant has a habit of spreading around, sending strong, long runners, and once it has been established somewhere, it is almost impossible to get rid of.

Don’t let the pretty small yellow flowers fool you. This plant is pesky and, besides being hard to eradicate, it is actually toxic to grazing animals and, if touched, can cause blisters on humans. It may look like the last thing you need to complete the meadow look of your garden, but believe us, it’s better not to add it in.

Surprisingly, only Boston and Massachusetts have decided to ban the intentional growing of this plant.

Native to Europe, garlic mustard has a lot of natural enemies back in its homeland to not let it take over whole plains. However, here in the United States, the situation is a bit different, and the aromatic plant is outlawed by eight states!

Not only does this seemingly harmless culinary herb take over all the native species that it encounters in order to become the dominant one, but it also ruins the reproduction cycle of a lot of American butterflies.

This can cause a lot of issues to the local flora and fauna, and it leads to the herb being banned in the following states: Washington, Oregon, Vermont, and New Hampshire, while in Connecticut, Minnesota, Alabama, and Massachusetts, garlic mustard is expressly prohibited to be grown!

So if you’re a fan of this plant and live in these states, you will have to find it somewhere else.

If you’re taking care of fish or you plan to have a goldfish pond in your garden, you know just how amazing the addition of aquarium plants is.

This includes the gorgeous floating water hyacinth, which is outlawed in Arkansas, Florida, Alabama, Louisiana, California, and Arizona. A lot of them are banned from being cultivated because there were a lot of people who would throw away bits of these plants down the drain, or they would somehow find another way to make their way into the local waterways.

They are invasive species in most bodies of water, and in order to preserve the local species, they have been banned in a lot of states. So before you start populating your pond with them, make sure you’re allowed to grow them!

#7 A surprising plant you should never plant: Forget-me-nots

These delicate little flowers are a favorite among people who love to cultivate a bed of flowers in their garden as they cover the soil pretty well and they grow into gorgeous flower clusters. However, these blue beauties are classified as noxious pests and have been banned in a few states.

The ban became something some states started to consider after the plant, which is originally from Europe, started to choke out the native American species of flowers and invaded a lot of North America. Even back in 1886, the forget-me-nots had started to become a problem.

Due to the fear of it spreading and taking over other species, this plant cannot be planted in Connecticut and Massachusetts.

Another plant that is considered to be a noxious pest is the barberry. Despite it appearing to be quite harmless and just a berry bush, it can actually take over some other types of shrubs. The shrub might end up reaching a height of 13 feet, and when not covered with the red fruits, it sports small, serrated leaves.

The surprising fact is that the fruits are known to be full of Vitamin C, despite being very sour, and have been used in natural medicine over the years. Yet, this didn’t stop Michigan, New Hampshire, Connecticut, and Massachusetts from banning it from being planted.

It can be cultivated in other states due to its medical uses.

We’ve all seen these beautiful flowers sold all across America, from coast to coast, and let’s be honest, they make for a really great pop of color in a bouquet. After all, the beautiful yellow of this type of iris is bound to catch your eye. And while you may be able to grow its more common brother, the purple iris, it’s illegal to breed and grow this one in about six states.

This is because, while it is a great breeding ground for an endangered bird (the corn crake) back in its homeland of Scotland, here in the United States, it is actually considered an invasive species. Once it has been planted, it’s actually quite impossible to get rid of it, and can spread even outside the part of the garden you intended to keep it in.

The yellow iris is a type of plant that loves to take over local native species and other habitats, which is why six states have prohibited its cultivation. They are Washington, New Hampshire, Oregon, Montana, Massachusetts, and Connecticut!

And if you’re wondering what else you could grow in your garden (or for your balcony garden) that isn’t going to die in a few weeks, these perennial plants are right up your alley! 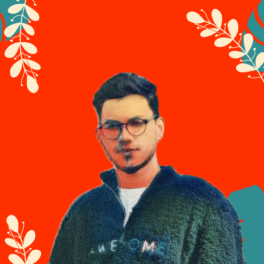