Electrical Issues: 10 Signs Your House Has Some Serious Problems

…Have you ever had any electrical issues in your home?

In conformity with the Electrical Safety Foundation International, more than 50,000 houses are set on fire due to electrical malfunctions. The best part is that with a bit of extra care, caution, and knowledge, the majority of them can easily be prevented. The first thing you have to do is to check your fuse box or the breaker panel for the date of the last time you had an inspection.

The majority of municipalities ask for inspection only when a system is modified due to a renovation or an addition. But you shouldn’t base your safety on this requirement. The Consumer Product Safety Commission suggests that you should talk to a professional to take a look at the electrical system in your home every 10 years.

However, until the experts come and check your home, we’ve compiled a list of things you have to pay attention to because they are potential causes and sources of electrical fires.

Keep in mind that you are the only one that is in charge of your house, and only you can prevent a disastrous fire. Or at least lower the risk of it by keeping an eye out for the red flags. Here are 10 signs your house has some serious electrical issues.

1. You Have Too Many Extension Cords

Besides having a better aesthetic and making your home look more breezy and clean, there’s an important reason why electric wires are kept within walls. According to experts, an unruffled wiring system is more likely to work forever compared to one that is constantly altered or disrupted.

Even though you might think that you need more power, running an extension cord can actually create extra points where the cords can get wrinkled, short out, or pinched. Furthermore, this might lead to electrical issues, such as tripped breakers, destroyed outlets, and in more serious cases, even a fire.

Experts recommend you should use extension cords only when you need them and just for a short period of time, such as during the holidays. But if you constantly need more outlets, you better talk to an electrician who can properly install them for you.

Of course, a new appliance might produce a funny odor the first few times you use it, but if you notice a weird smell that comes from the outlet, you should turn it off and unplug everything that is connected to it.

Call a qualified electrician and ask them to take a look at your outlet so you know if you can use it again or not. It’s really important to check out your fuse box or your breaker panel as well because if there is a weird odor there, you should call an electrician as soon as possible!

Do you know what electricity sounds like? Exactly, when everything is working the way it’s supposed to, you shouldn’t hear any sound. Usually, electricity flows quietly and easily between connections.

But loose outlets and prongs, as well as a fraying wire, can easily cause the current to jump, which will produce a buzzing sound during the process. If you hear any sounds that comes from one of your outlets, you should immediately stop using it and talk to an electrician right away.

Given the fact that light fixtures usually draw only a small amount of power, the majority of people don’t think that dimming or flickering lights are that big of a deal or that it represents a problem with the fixture itself. The issue is more likely due to big appliances such as space heaters that are linked to the same circuit.

Devices like these usually draw a lot of power to properly function, so the dimming effect might be caused by a washing machine drawing current to heat water, for example. If you want to make some changes in your light circuits, make sure you ask a professional for help.

It’s never good to see sparks coming out of your electric system, but there are different ways you can handle this issue, depending on where it’s coming from. If the thing that is sparking is actually a fuse fox, a breaker panel, or an outlet, you should get an electrician in as soon as possible.

But if one of your appliances has some spark issues, there is no need to panic because it might mean that there is a problem with the fixture itself. In this case, you can talk to an appliance repair person to fix it for you. They usually test the appliance and the outlet that powers it to see exactly where the issue is coming from.

Circuit breakers and fuses are designed to break down as a way to block overwhelming the electrical system. No matter where you plug in a vacuum cleaner or hair dryer, for instance, if the breaker usually trips, the equipment is probably the one to blame. However, if you only use a single outlet and it’s causing you to frequently blow the same fuse, the circuit is likely overloaded.

…Make sure to call a professional so you can discuss upgrading the circuit or adding an extra line!

7. Wrong Outlets in the Bathroom or Kitchen

As you already know, water is a great conductor of electricity, which means that both your kitchen and your bathroom require special outlets that are shock-resistant. They are called ground fault circuit interrupters (GFCIs) and usually have two tiny buttons at the center.

If your bathroom and kitchen outlets are just like the ones in the other rooms of your home, you should replace them with GFCIs so that you can have an additional layer of shock protection around water.

8. Switch Plates or Outlets That Are Hot

Even though a device is meant to produce heat, think of a space heater or a toaster. For instance, the outlet that is responsible for powering the appliance shouldn’t be hot. It’s understandable that the electric current is able to make a switch plate feel a bit warm to the touch, but if the outlet is extremely hot, you better turn off everything that is plugged in and try it in another outlet.

If you notice that the outlet gets hot without having anything plugged in, it might mean that it’s wrongly wired. Consult with a professional electrician because they might suggest you flip the breaker or even get rid of the fuse for that outlet until your system is okay and it can be safely used.

Corrugated stainless steel tubing (CSST), also known as “flex line” is one of the most common choices to get access to gas at home. But here’s what you should pay attention to: they should be properly grounded so that you can keep severe blowouts away from you.

The crumpled tubing might be ruptured by an electrical surge, which most frequently happens during a lightning strike on or near your house and can cause a gas leak or explosion.

Many years ago, in the late ’60s and early ’70s, copper prices were so high that home builders couldn’t afford it, so they started using aluminum wire to keep their costs low. Even though plenty of laboratory tests had shown that electrical service that uses single-string aluminum wire is great, there are other things that we have to keep in mind.

Aluminum wire is more dangerous than copper wire when it comes to a house fire. One of the main reasons is that aluminum is a lot softer than copper and is more likely to cause several breaks in the wire, which then will create hot spots. In addition to that, copper doesn’t grow as much as aluminum does, making it less alarming.

According to the U.S. Consumer Product Safety Commission (CPSC), houses that have aluminum wires are 55 times more prone to catch on fire compared to those that have copper wires. You can solve this issue by using specially designed connectors or even give your home a complete rewire makeover.

If you believe that your home has aluminum wiring, you better talk to a professional electrician to find out what is best to do in that case!

…If you find this article helpful and you want to discover more ways on how to improve your home with minimum effort, you should check this one out as well: 12 Ways To Cool Down Your Home Without Air Conditioning! 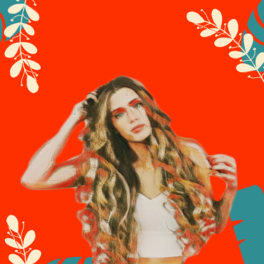