The way people design and build their homes has evolved over centuries to accommodate lifestyle, taste, and environmental changes. That is certainly the case when it comes to a classic American house. As we pride ourselves on being a melting pot of different cultural influences, that flavor can be tasted in the homes we have built for ourselves.

And although the United States might not be as old as other countries, we have taken the best they have to offer when it comes to architectural house styles and made them our own. From Colonial to Cape Cod, Greek to Georgian, we feel there are 12 architectural styles that we feel will never go out of fashion.

Greek Revival architecture might be a style you associate more with businesses, banks, and churches, but there are many homes that have adopted this style in the last two centuries. In the 1820s, there was a sudden renewed interest in classic Greek and Roman culture. People wanted to reflect their newfound respect for those ancient sages with the homes they built.

Certain flourishes that would help you recognize this style would include decorative trim and molding around the front door and windows, easily identifiable shapes, usually rectangular buildings with triangular roofs. The style also has large porches with, of course, the classic Greek-inspired columns (both square and round).

The French Country style might appear to be basic and rustic but it comes with an upscale charm. The style became hugely popular after the American troops fighting in France during World War I came back with a love for French chateaus.

This is one of the more classic and common styles found across the nation. A simple and timeless style, the American Farmhouse style has many variations depending on the state you are in. Still, the basics remain the same as, first and foremost, they are designed to be as practical as possible. Despite the evolution of this classic American architectural style, some features have remained consistent over its long history in our country.

A rectangular floor plan usually features a large front porch with formal front rooms separated from family rooms. The windows typically are pretty small and sparse. The materials used are always natural wood and stone. And if for some reason you’re unsure if it’s a farmhouse style home, being on a large plot of land is usually a dead giveaway.

After the industrial revolution brought steel, steam, and smog, there was a genuine renewal in interest in more handcrafted art and design. This became known as the “Arts and Crafts” era, and it gave birth to the Craftsman style home, or “arts and crafts” home. Focusing on simplicity to counter the ornate stylings of Victorian homes, these houses were designed to really show off the skills of the individual craftsmen who work on its creation and construction.

They are still a popular architectural style today due to their versatility when it comes to borrowing common elements from other home styles. Common features include woodwork, including exposed beams and built-in features like shelving using natural tones to complement the warmth from woodworking. It finished off with a covered porch and a low-pitched roof with overhanging eaves.

Emphasizing charm and comfort over ornamentation, Cottage-style homes are often quaint and cozy. There is no one definitive style as cottage houses can mimic everything from bungalows to Tudor house styles. They are known for being very versatile, and their small size makes them an ideal home for small families or retired couples.

When it comes to identifying this style, you should look for an asymmetrical exterior with open floor plans with wide halls and doorways. It should also have a traditional aesthetic that is rustic but not too rustic. Finally, although they are mainly built as single floor homes, you can find ones with a second floor.

This style of home can easily be mistaken for modern homes of the mid-20th century with one distinct difference. Contemporary style homes have a significant emphasis on sustainability and are rooted in minimalism. Despite its modern aesthetic, contemporary homes try to find beauty in a simple and appealing design with ties to nature and more warmth than modern home styles offer.

Their main features are that they have an asymmetrical exterior with the design’s clean lines and geometry highlighted in its structure. It will have an open floor plan layout and will always be built with sustainable building materials and features in the forefront of the architect’s mind.

This style of architecture has a long and famous history in the United States, with the Moffatt-Ladd House in Portsmouth, New Hampshire, the Jeremiah Lee Mansion in Marblehead, Massachusetts, and the Hamilton House in South Berwick, Maine, all still being lauded for their Georgian style. It emerged from the 18th century when four successive Kings on the throne had that name, going from George I to George IV.

The Georgian style can be distinguished by a crown and pilasters framing the front door, decorative quoins or bricks at the corners, and smooth decorative blocks as molding. However, there can be regional variations that sport hooded front doors and pent roofs between levels.

One of four domestic architectural styles that developed during the colonial period in what would become the United States, the French Colonial house style is not just popular in the US and has a significant variety among its sub-styles. The style had its beginnings in 1699 with the establishment of French Louisiana but continued to be built after Spain assumed control of the colonial territory in 1763.

Although they share many features, like their symmetry, with other colonial style homes, they can be identified by distinct features such as iron stairs and balconies, typically with external stairs to enter higher floors. The style also has slightly raised basements to support the floor.

No sooner had the ink dried on the Treaty of Paris and American independence been recognized, the popularity of Federal-style homes just grew and grew. They were seen as a refined upgrade to the famous Georgian house style. They share the same recurring shape and symmetry as other Colonial house styles, but their delicate ornamentation sets them apart.

Federal Colonial homes often feature a layout built around a central hall but what distinguishes it the most from the Georgian house style is the use of an elliptical fanlight and two flanking lights (windows) around the door with Paladin or tripartite windows.

Although the Dutch settlement of North America goes way back to 1624 when they established a settlement on present-day Manhattan, the majority of Dutch Colonial homes you’ll find today actually date from the Colonial Revival period of the early 20th Century. The old style featured flared roof eaves and creative wood and brickwork.

The more modern incarnation is much more ornamental yet still subdued. It usually features open floor plans, broad gambrel roofs that are visually similar to barn-style roofs (with flared roof eaves), and split doors. So common are the large barn-style roofs with this style of home that they have become known as “Dutch roofs.”

Although similar to the British or American Colonial homes, the Cape Cod style home is an entirely different kettle of fish. Originating from, yes, you guessed it, Cape Cod, Massachusetts, this style of home has come to be seen as one of the most quintessential American homes. They are usually built of local wood and stone to withstand the north-eastern weather.

They have many distinguishing features like being a single-story, modest size and ornamentation compared to British Colonial homes, shingle exteriors, and large central fireplaces. The 21st century revival also added attic lofts and dormer windows. Exterior weathering provides an iconic weathered-blue color to these homes.

Our final style goes back to the earliest days of European settlement in North America with the general colonial style. These simple rectangular homes became popular in the 1600s as colonists settled the East Coast. This style has many variations as each new European community would build homes to suit their culture.

The most popular variant is undoubtedly the British colonial style which can be recognized by its two floors with a centered front door and with symmetrical windows on either side, topped off with a side-gabled roof. The materials used tended to vary by region, as some Colonial houses sport brick exteriors and ornate trim, while others showcase shingle siding and simple shutters.

If you like to learn more about great American houses and their architectural styles then this book has you covered. Click here 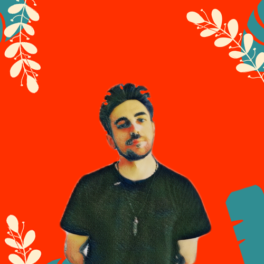